Over the past ten years and more, nearly 30,000 London children have visited All Hallows by the Tower and made their own discoveries about the 2,000 year old past that waits less than three metres under the present-day church floor.  A time when the ashes of the fires lit by Boudicca are barely cold, when the Romans are rebuilding their city in stone, and when the space which will one day be occupied by London’s oldest church is being developed as a high end town house for an influential Roman family.

In 2020 the restrictions of Covid-19 mean  that our invitation to schools is for a visit online.  Those of you who have taken part in the project in previous years know that groups encounter a series of characters and dilemmas of the time when the Romans were rebuilding Londinium in stone as a pledge that they were going nowhere.

In the light of official history, we believe the outcome was inevitable:  four centuries of settled Roman rule.  That is the story as the Romans wanted it told.  The reality was a little more complicated.

But how did it seem at the time?  Boudicca’s army had destroyed everything less than a generation before.  The new Londinium was a raw frontier town.  Few wanted to go there.  Everything was new, dangerous and upredictable.  It was not a good place to go out on your own at night.  And the indigenous population were sullen, uppity and made notoriously bad slaves. 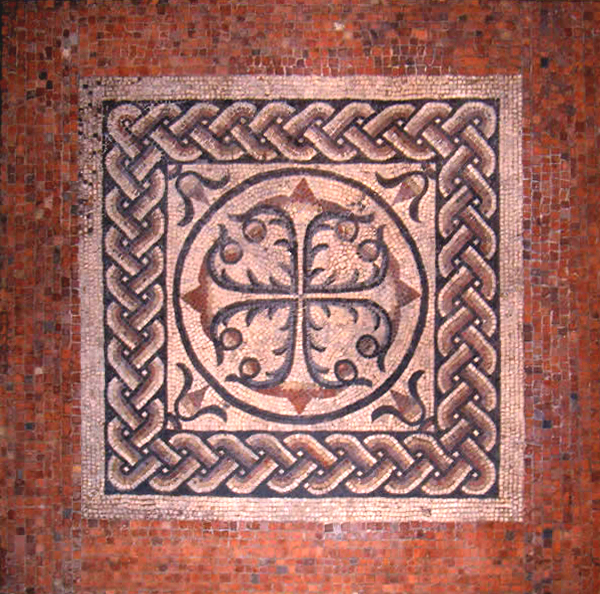 And if anyone was happy to be around – why were they there?  There were fortunes to be made by the enterprising and the unscrupulous;  but for the Roman soldiers and administrators who ran the place it was wearing on the nerves, too cold, and too far from the appreciative eyes of the authorities in Rome.  And then there were the troublemakers and the spies.

Come to your own conclusions in “Ultima Britannia”.

Booking is now open, please contact us for more information or to reserve a slot.

For a preview of Ultima Britannia and to meet the characters, watch the video here or visit our YourTube channel.

We are grateful for funding from The National Lottery Culture Recovery Fund for Heritage, the Derek Shuttleworth Educational Trust and the Worshipful Company of World Traders. We are also most grateful to St Saviour’s Church, Walthamstow for allowing us to film there.

Ultima Britannia is created by Clio’s Company (registered charity no. 1101853)